It requires really lots of steps of observation despite of its very simple setting (the main part of the statement is just one line). Congratulations to contestants who solved it during the contest!

In this editorial, in order not to make it messy, we use diagrams and examples, but it works in general. 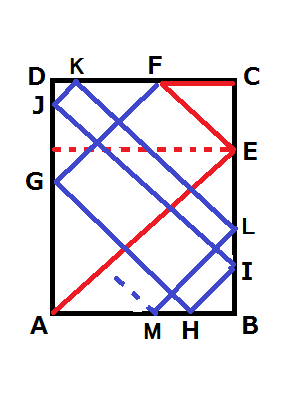 What strategies are possible on this diagram? After we start \(A\), we have three choices of directions. In case we go towards \(B\), after \(1\) second we reach \(B\) and that’s essential the same position as \(A\). A similar thing happens when we go towards \(C\). This means that we can always add \(1\) or \(\sqrt{2}\) to a measurable time and we get another measurable time.

Now the strategy can be described as follows. We start from \(A\) on this number line. Then we can move back and forth on this line, and an event happens when we reach a point. When we reach a point, we may change the direction, or jump to \(A\).

This can be decomposed into \(A - M - J\), plus some even number of short segments. The same happens even when some jumps are involved: 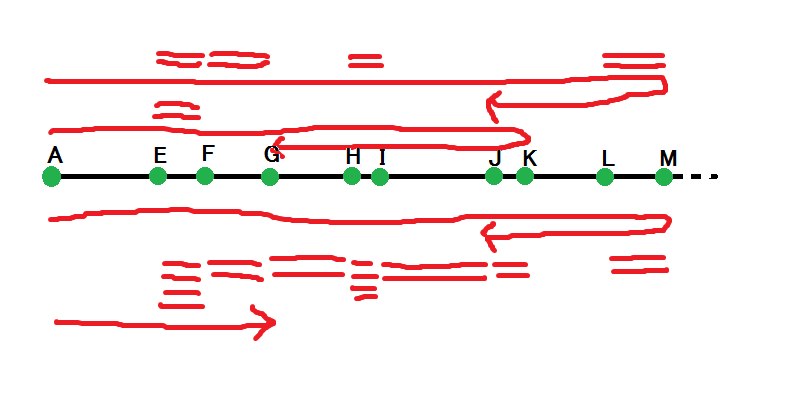 Next, let’s think about the sigma part. For a fixed \(q\), what are possible values of this part? For example, when \(z_q = M\), we are interested in possible values we can get as a sum of lengths of some subintervals between \(A\) and \(M\). 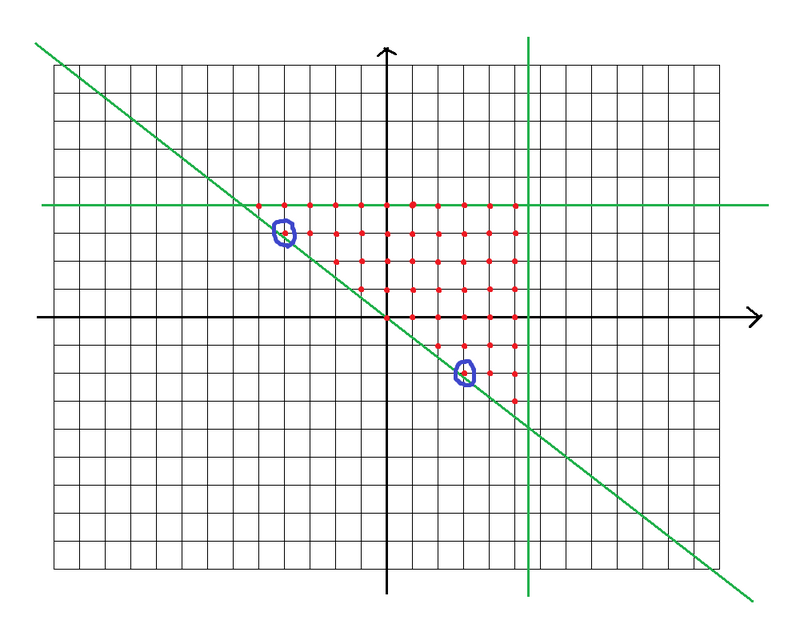 It turns out that the two blue-circled points are important, that is, the points with the largest slopes from the origin. Draw two half-lines from the origin to each of the blue point, and the region above these two half-lines is a possible region. For example, in the following diagram, the red point \((-10, 8)\) can be written as \(2\) times the blue point, plus \((-2, 2)\) (and the same strategy always works for all points in the “Possible” region). 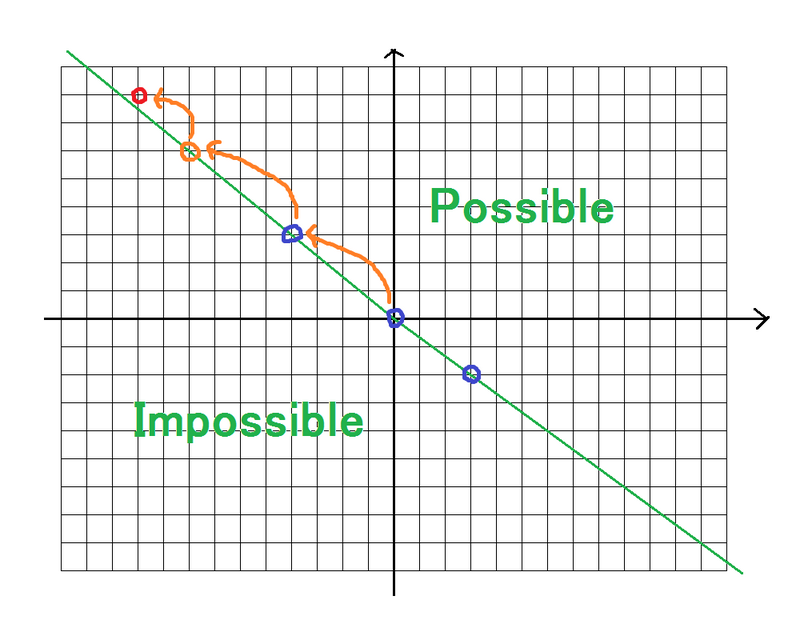 Let’s return to the original problem. For a given \(T\), does there exist a following representation?

What are these coordinates? It corresponds to the following sequence of approximation of \(\sqrt{2}\):

To give a formal proof for the extremeness of these points, it is sufficient to make sure that, for example the points \((0, 0) ,(17, -12), (58, -41)\) defines a triangle of area \(1/2\) (thus no integer point can exist below the polyline connecting these extreme points). It requires some computation, but straightforward.

Again, the formal proof of this part requires some computation, but is straightforward.

The entire solution works in \(O(log MAX)\) per query.